The shaku shaku is a popular African dance style which has continued to be a growing trend among young people in Nigeria.

Recently, it has been said to be a depiction of slavery, bondage and criminality because the pronunciation seems to be a modified version of the word “shackles”.  To depict the similarities, pictures of statues of slaves in chains were placed side by side with pictures of people doing the dance in the characteristic posture of placing both legs wide apart while either crossing one wrist over the other with clenched fists and both arms and forearms stretched and pointing forward or completely stretching one arm pointing forward with a clenched fist while the other arm is bent backwards.

There is no reliable evidence to confirm that the shaku shaku is truly a dance of slavery or bondage, in fact that is not the concern here, maybe some other time we’ll get to talk more about it but today we focus more on a very pressing issue that has been of concern over the years but seem to be dangerously getting a lot more out of hand in recent times. It’s called drug abuse.

WHAT IS DRUG ABUSE?

In simple terms, drug abuse is when a drug is used abnormally. In other words, it means using a drug for a longer time than it was prescribed or using it for an illness that it is not meant to treat or using it when there is no illness to be treated. To be more specific, there are certain substances that have one effect or the other on the brain and are usually taken abnormally by people in order to get these effects. Such substances are referred to as psychoactive substances/ drugs. It is the abuse of such drugs that will be discussed here.

WHY DO PEOPLE DO DRUGS?

A large percentage of people who abuse drugs are young people usually between the ages of 18 to 25 with the age of first use usually at 14. This is not surprising because of the tendency to experiment and explore new things, peer influences and the need for attention and acceptance of friends at this stage of life.

It is also common to find that a lot of people find solace in drugs after they might have had terrible life experiences like death of a loved one, loss of employment, financial losses, divorce, family problems, academic challenges, e.t.c. or when there are psychological/emotional deficiencies like anxiety, phobias, feeling of low self-esteem, uncontrolled anger, impulsivity, e.t.c.

The value system that people are exposed to also matter a lot. For example, celebrities including performing artists in their show of affluence display exotic cars, money, alcohol and other illicit drugs that they engage in among other things. Thus a picture whereby drugs are associated with being popular, influential and rich is painted before the innocent and unsuspecting young individual.

Lack of information on the dangers of drug abuse is also a contributory factor as quite a number were misinformed and subsequently lured into the use of drugs. Some who are aware of the harmful effect, however, express the belief that the drug will not harm them as they think that those who came to harm from drug use were not strong enough to withstand the deleterious effects they experienced.

HOW THE TRAP IS SET

Most people venture into drugs with the hope of deriving some benefits and they may truly derive what they seek but alongside this are some undesirable effects which may occur either in the short-term or in the long-term.

Drug abuse usually does not stop at the first attempt because the brain is very sensitive and is wired in such a way that it asks for more leading to an intense desire/compulsion to use the drugs which may be uncontrollable (this is called craving). It then gets to a point that the repeated use of a particular amount of the drug will not be able to give the same effect, hence the need to increase the amount in order to achieve the same effect (this is called tolerance) and when the substance is not used for some time, the individual may experience some symptoms which are usually opposite of the actions that the drugs usually give (this is called withdrawal syndrome).

There could be the inability to control the pattern of use of the drugs in terms of the amount used or the time taken in using the drugs which may lead to neglect of other useful and previously pleasurable activities and continued use of the drugs even when there have been experiences of harmful occurrences due to the drug use.

At this point it is difficult for the individual to quit even when they try so hard to do so and usually they begin to have problems in their relationships with people, problems at work or school (cases of sharp decline in academic performances of students are very common and may lead to dropping out of school as a result of lack of interest in academics or expulsion by school authorities on account of the poor performance), problems in the family (parents neglecting their spouses and children) and financial challenges (either from poor occupational functioning or purchase of drugs).

Addiction occurs when any 3 out of these 6 things occur for at least a period of 12 months:

IS THERE A WAY OUT? Yes, there is…

There is an urgent need to advocate against the abuse of drugs in any form and for whatever reason as it is very clear that it portends dire consequences for the victims. Let’s join hands to break these dangerously vicious shackles of drug abuse. 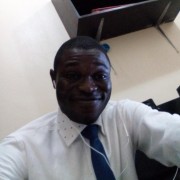 Ifedayo Ajayi
Dr Ifedayo Ajayi is a Psychiatry Resident Doctor who is strongly passionate about the holistic care of people with mental illnesses, public enlightenment and education on Mental disorders and societal destigmatization of mentally ill individuals. His hobbies include music, writing, football, driving and engaging in intellectual discussions.

An estimated three billion cups of coffee are enjoyed every day around the ...
General Health

After more than a decade of steady advances in fighting malaria, progress has ...

Key facts Work is good for mental health but a negative working environment ...